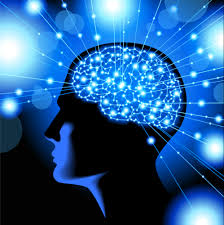 Ever since US President Donald Trump took over office and started challenging the status quo, the global community has been inundated with leadership changes, power struggles and rising confusion and conflict. It’s not ‘business as usual’ any more.

While others are struggling with current chaos and confusion there is a call for a new kind of leader to emerge and take in their place on the platform of life.

Silently – something totally new is emerging from the chaos and confusion. This includes not only a whole new conscious and awareness – but also a whole new approach to success and quality living is becoming apparent. Even a New Success DNA[i] is emerging. This also includes the emerging of a whole new intelligence as Power Intelligence[ii] – the intelligence of the future.

These are people who are ready to develop a whole mindset – even a whole New Leadership DNA.[iii] They are people with a special kind of intelligence – Power Intelligence – that will help us to decipher this DNA-road-map and show the way. They are open to learn to grow and to make their mark.

The term ‘Power Intelligence’ (PI) was first introduced in 2003 as ‘the intelligence of the future’.[iv]  The PI concept has since then, steadily grown as understanding and human consciousness began to open up over time. Today the emerging of new fundamental concepts and mindsets are more easily accepted and integrated as ever before. Power Intelligence is growing at a rapid pace.

It can be accepted that this trend will continue and gain momentum, as many individuals, groups, companies and organisations, will speed towards and create a new quality future. At the same time, we can accept that there will be individuals, companies, organization, communities – even countries – who will resist the changes, stagnate, shut down and inevitably, stay behind.

We can also expect that a new Power Intelligence Leader will now emerge with a deeper understanding of how to manage power and progress while becoming a new pathfinder and mapmaker.

The significant fact about Power Intelligence is that we can consciously develop this part of self. The book Power Intelligence- Mastering your Miracle Mind contains much of this information. With the right mindset, skills and tools – we can not only retool our minds – we can also heal and activate our power and potential still hidden as DNA-potential.

Like Nelson Mandela,  all iconic leaders subconsciously knew how to manage power and people to the best of all involved. We can consciously learn to do the same

Register now to get the news about the upcoming webinar: New Leadership DNA – Learn why you are the new leader we’ve been waiting for

There is only a certain number of places and it will be ‘first come first serve’.

Over the next few posts I’ll take you step for step on how to activate your DNA by developing your Power Intelligence –  so stay connected….

To start off with – here is some background.

What is Power Intelligence?

Power Intelligence is also described as the ability to manage power/energy, rising above negativity, destruction and chaos and helping others to do the same. This calls for people to become self-aware, master the self while bringing their unique potential, as piece of the puzzle of life, to the table. A new kind of Power Intelligence Leader with New Leadership DNA, even a new quality of human being, is emerging as we speak.

The power process, like the universe, is uncomplicated. There is a source of power, a process or conductor, and a desired outcome. When these three factors are connected, synchronised, open and in flow, the desired outcome is inevitable. A battery or any other energy source connected to an object like a light bulb can produce the desired light. This is not only true for a light bulb, but also for people, organisations or even a country. All physical symbols of success are expressions or manifestations of light.

To guarantee a successful outcome we need to take these three steps into account.

The power process behind success

Firstly, there is an energy source with physical sunlight being our most important source on earth. Without sunlight life, could not be sustained in our physical reality. Light energy triggers and stimulates different processes in nature and the power becomes encoded in different electro-, chemical or magnetic forces. Life radiates at the level of light energy. We have energy in different forms and frequencies, constantly at work. Our challenge is to understand and connect to our highest universal source, our authentic self, our soul – whilst consciously managing and intelligently directing the energy in the right direction.

We can view this as our own personal ‘soular’ power-center – universal power coming from the depths of the power of the soul.

This brings us to the next step – processes.

The power of Flow

The flow of energy is life. Life force or energy is only of value while it is flowing. Enhance the flow, and you enhance life. Impair flow and you impair life. To create flow, we need a conductor or channel. Some channels are more effective and productive than others. The purpose of processes, channels or conductors, is to enhance the energy flow from one point to another. If the energy source is disconnected or there is resistance or blockages in the flow, the desired outcome is minimalised and we find an ineffective, unproductive waste of energy, or even death and decay. With the light bulb we use an electric conductor. With organisations or with people we use structures, action-plans and procedures to take us to the desired outcome.

We as human beings, as people, as universal, energy/spiritual/light beings, function in exactly the same way[vi].

The human race has the universal mandate to take ownership and responsibility for the quality of our lives while mastering the self and the world we live in. There are no victims and everyone is included. Power games, intimidation, manipulation and corruption will begin to make way for Power Intelligence that includes honesty, truth, integrity and authenticity.

Developing New Leadership DNA with Power Intelligence opens an opportunity for self-discovery and will help those attending workshops and webinars to navigate their way towards finding their authentic self, personal power and lasting fulfillment in their lives. At the same time they make their mark as our new leaders – our pathfinders and mapmakers into a brighter future.

Everyone is invited to join this journey of discovery and adventure.

Register now to get the news about the upcoming webinar: New Leadership DNA – Learn why you are the new leader we’ve been waiting for

There is only a certain number of seats and it will be ‘first come first serve’.  Make sure you get the news in time.

[i]  Hattingh, Brenda. (2012a). New Success DNA. What you should know and how to activate it. Currency Communications:  Johannes burg.