New Leadership DNA and the Power-shift. Where do you stand? 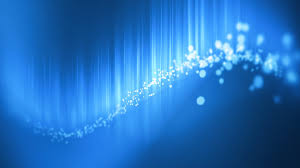 Currently a power-shift is taking place. How leaders manage this power and their power positions, will determine what our future will look like. This demands that we too have a closer look at people, especially leaders, and power, while understanding how to manage and even master the current power- shift.

Systems of power provide rules and boundaries that dictate power dynamics. At rare moments, the systems of power fly apart when all the rules of the power game change at once and the very nature of power is revolutionized. This is exactly what is happening today. Power, which to a large extent, defines us as individuals and as nations, is itself being redefined[i]. Power isn’t just shifting at the pinnacle of corporate life, office managers, supervisors and military officers. Parents and teachers are discovering that workers and children do not take orders blindly as many once did.

The disintegration of authority and understandings of power in business and daily life are accelerating with global power structures dissipating as well. The acceleration of the process is taking place to such an extent that world leaders are being swept along by events rather than imposing order on them.

Toffler predicts that, out of this massive restructuring of power relationships, there will come one of the rarest events in human history: a revolution in the very nature of power[ii]. Beck and Cowan[iii] refer to the crucible effect and predict the outcome to be something totally new, a seventh level of thinking, values and beliefs, even a new intelligence[iv].

A power shift or shift in consciousness is taking place.

The most widely used and most primitive power tool is violence. Violence comes in many different forms – physical, emotional, psychological, sexual. Many other forms of abuse have been used over the centuries. The primary underlying motive is fear. People try to gain control over others by creating powerful threatening positions and posing threats of pain, loss, fear and suffering.

This was widely used throughout the past. People took control of others by physically or emotionally abusing them. Up and till the 1940’s we had world wars and after that many smaller confrontations. The leading world countries relied strongly on their physical weapons. Clashes between different countries meant physical war. Business was done in a mafia-like style. Families and social structures were managed in this power structure of dominance and dictatorship. Today we do not have large scale wars.

However, large scale violence, crime, terrorism and abuse are still taking place. The underlying motives of many people to gain control by physical or emotional violence is still embedded in the hearts and minds of many people.

Money has always been a power tool. Up and till the 1970s it was the most fundamental motive of people of the technological era. Being comfortable and possessing expensive items placed people on higher ground and gave them power over others. There were the haves and the have nots – those with money and power and those without. During this time sexuality played an important role. Banks and other financial institutes used their bosomed blond receptionists to attract potential investors. Marketing and other business deals involved money and sexuality. The Watergate scandal and the fall of president Nixon was caused by money and power being inappropriately used and abused.

This means that these power tools are not only relevant on a personal scale, but were and are still being used on a national and international or global scale. During the 1990’s a power shift took place.

Bill Gates and many others introduced a new power tool in the form of computer technology as the most important tool of the information era. Today a young child with the right equipment and the right knowledge and skills can hack the most scientific security codes of organizations like banks and defense forces. Although this youngster may not have any physical power, be sexually active or even get pocket money, the ability to process information puts this youngster in a power position. A power shift has taken place and so have the power positions.

We are now in the information era. People are being empowered by training and use of information technology. Most schools have computer literacy as part of the curriculum and many youngsters are growing up with this power tool. No organization can survive today without our modern communication technology. The question is: Can there be more – are there other important tools?

The answer is: Yes! One of the most potent and significant power tools up to date is emerging. This is the power of vision and focus!

While the larger portion of the population is caught up in developing the other power tools to secure their power positions, there are those people who have moved to the next level of functioning. Communication technology as such has no power. It is a tool, a means to an end.

When we look at the previous posts and chapters is the book New Leadership DNA, we begin to understand the power of the mind and vision. The challenge of the future is to utilise this potential at our disposal.  A new quality of leader is emerging and a new intelligence is emerging. Change is inevitable. These are leaders who understand the fundamental principles of success and use their influence to combat poverty and create affluence.

Where do you stand?

See our books and workshops and stay connected

Capra, F. 1991. The Tao of Physics. An exploration of the parallels between